Fort Payne is a city of great opportunity and ideally located to service a wide range of industry.  Located in the growing Southeast, Fort Payne is only an hour from Chattanooga, Tennessee, less than two hours from Huntsville and Birmingham, Alabama, and less than 3 hours from Atlanta, Georgia.

Fort Payne offers an excellent transportation system as it is located on I-59 and has easy access to several other interstate systems including I-24, I-75, I-65, and I-20, making it easy and convenient to get anywhere in the country.  The Norfolk-Southern Railroad also provides convenient rail transportation opportunities.  Fort Payne Municipal Airport, Isbell Field, consists of a 5001 x 100 foot runway and is located just two miles from the downtown.

Fort Payne and the surrounding areas are populated with talented men and women who make up a skilled labor pool from which employers can draw upon.  Unions are virtually non-existent in this area.

The cost of living and the cost of doing business in Fort Payne are both low.  The city boasts of excellent water and sewer facilities plus some of the lowest electric and natural gas rates in the country.

Fort Payne welcomes you to review some of our world class companies that already call us home and to consider us for your future needs.  We want your business!

For any help or questions regarding locating your business in Fort Payne, please contact: 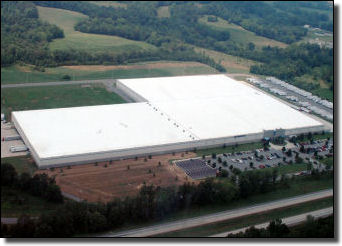 Ferguson Enterprises has a 645,000 square feet distribution center located in Fort Payne, Alabama.
In the US, Ferguson is ranked by trade publications as a leading distributor of plumbing supplies and pipes, valves, and fittings (PVF). Ferguson is also a leading distributor of heating and cooling equipment (HVAC).
Founded in 1953 and headquartered in Newport News, Va., Ferguson a leading wholesale distributor of plumbing supplies; pipes, valves and fittings; heating and cooling equipment; waterworks; mechanical and industrial; bathrooms and appliances; tools and safety equipment; and fire protection products. Ferguson has sales of $11.2 billion and over 19,000 associates in approximately 1,350 service centers located in all 50 states, the District of Columbia, Puerto Rico, Mexico and the Caribbean. 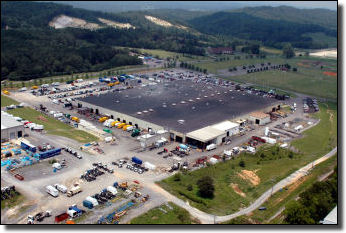 Heil Environmental which is headquarted in Chattanooga, Tennessee has its flagship manufacturing plant in Fort Payne, Alabama.

Heil Environmental is the world’s largest manufacturer of refuse collection vehicles. Heil was started in Wisconsin in 1901. Since then it has become a progressive leader in the heavy equipment industry. Now headquartered in Chattanooga, Tennessee and with plants in Scotland, South Carolina, Mississippi in addition to our flagship plant in Fort Payne, Alabama, Heil continues to be on the cutting edge of refuse collection vehicle manufacturing.

The Joseph F. Heil, Jr. Customer Education Center in Fort Payne, Alabama, was added to better support our customers via professional training. At this modern training center, customers receive hands-on instruction from true experts in the field – the same people who design and build Heil products. The facility includes comprehensive hydraulic and electrical labs, multimedia classrooms, and a two-truck bay, all located adjacent to Heil Parts Central and within walking distance of Heil’s flagship manufacturing, R&D, and test lab facilities in Fort Payne.

Heil Environmental Industries, Ltd. employs some 600 people worldwide, in three different manufacturing facilities, and in dozens of Heil offices around the globe representing the world’s most sophisticated refuse collection equipment. Many of these people are lifelong Heil employees, and some represent second and third generation Heil families. In our Fort Payne, Alabama, facility alone more than 40 employees have been with the company over 25 years. It signifies a continuity and a commitment to a lifelong mission of excellence. 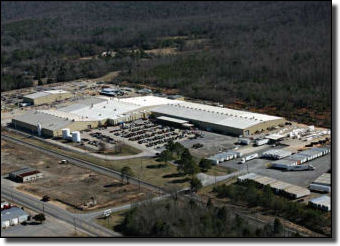 PlayCore’s Southern Fullfillment Center based in Fort Payne, Alabama features a 400,000 square feet plant dedicated to playground equipment manufacturing.  PlayCore is a leading designer, manufacturer, and marketer of a broad range of commercial and consumer playground and park equipment, surfacing, site amenity, fitness, and related play products. The business operates under the GameTime and Play & Park Structures, and Ultra Play commercial brands, the award-winning consumer brand of Swing-N-Slide, the surfacing brand of TotTurf, and the youth fitness brand of Everlast Climbing Industries. PlayCore’s corporate headquarters are located in Chattanooga, Tennessee. 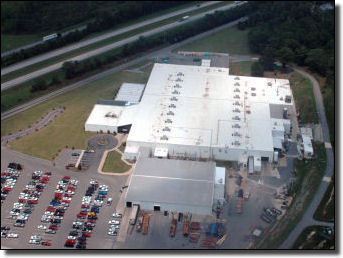 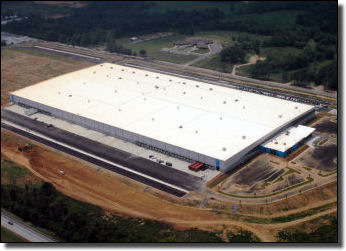 The Company continues to implement its store expansion initiatives and its increased presence in the southern states has been met with strong customer demand. The new distribution center effectively services this region and increases overall distribution efficiencies. 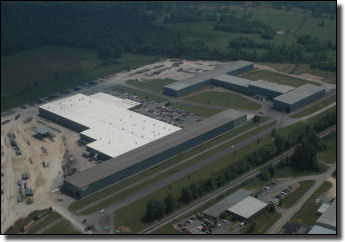 One of Vulcraft’s seven manufacturing facilities is located in Fort Payne, Alabama and it specializes in the production of steel joists and joist girders as well as steel deck.

Vulcraft is the United States’ largest producer of steel joists and steel deck products.  Vulcraft Corporation was incorporated on June 12, 1946, in Florence, South Carolina and in 1962, Vulcraft was sold to Nuclear Corporation of America which would then become Nucor Corporation in 1972.

On April 3, 1967, Nuclear purchased M&S Steel Company of Fort Payne, Alabama. M&S would become Vulcraft Alabama, one of the few Vulcraft divisions that Nuclear would acquire instead of constructing. In 1986 the division relocated to newly constructed facilities in north Fort Payne. 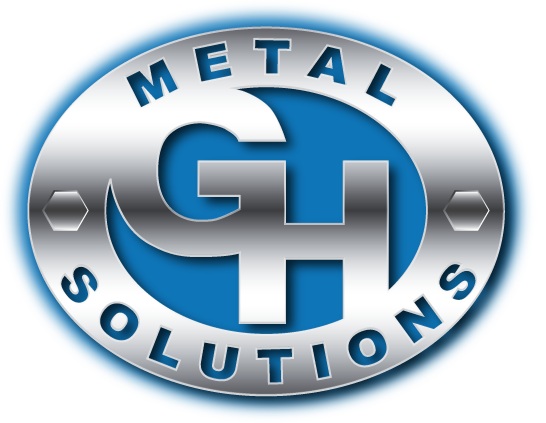 In October 2012, GH Metal Solutions was acquired by Feralloy Corporation, a wholly owned subsidiary of Reliance Steel & Aluminum Corporation.  This achieved synergies of vertical integrations, sales opportunity through Feralloy’s sales force, and the purchasing and borrowing power of Reliance Steel.