Fort Payne has a rich and intriguing history.  From the famed Sequoyah, who developed an entire alphabet enabling the Cherokee people to be literate, to the tragic Trail of Tears, to a great industrial boom era and subsequent bust, to a thriving hosiery industry, Fort Payne has had a varied and interesting past.

In 1780, the area now known as Fort Payne, was named after the Cherokee Chief “Red-Haired” Will Weber. The name of this locale was known as Willisi and then Will’s Town. What is officially now called DeKalb County was known as Will’s County until 1836 when the name officially became DeKalb County.  The first general use of the name “Fort Payne” came several years after the Cherokee removal stockades had been abandoned in 1838. Fort Payne became an official name in 1869 and on May 5th, 1878, Fort Payne became the county seat of DeKalb County.

In the 1820’s Will’s Town was home to a remarkable man by the name of Sequoyah.  Sequoyah was a Cherokee Chief who single-handily created an alphabet that allowed an entire nation of Indians the ability to read and write.

In 1838 Fort Payne was the site of the Trail of Tears.  This was the forced evacuation of the Cherokee Indians to Oklahoma.  Failure of the federal government to provide ample means of transport for personal belongings, the Cherokees were forced to leave behind many of their prized possessions, further stripping them of their pride and human dignity. Their journey west was filled with hardships, suffering and illnesses and one out of every seven died before reaching the land they would then call home. 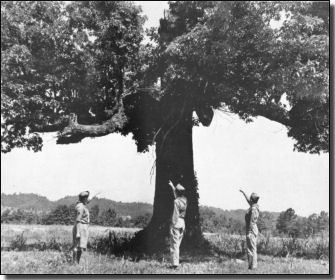 The Boom Years began. The influx of “Yankee” investors swelled the population from about 450 to thousands. A 125-room hotel was built and occupied an entire city block. The Fort Payne Depot was built in 1891 and the Fort Payne Opera House in 1889 to help accommodate the growing population. Businesses were established and many lovely homes constructed.

In the 1890s, iron and coal deposits began to play out and coupled with a national economic panic the Boom ended in 1893.

In 1907, a new era began… the era of the hosiery mill. Fort Payne would soon become the largest single location of hosiery manufacturing in America and become known as the “Sock Capital of the World”.

Today steel-fabricating plants, home-fabricating plants and many other diversified industries add to the financial well being of the town. A new and lucrative tourist industry is also being developed in Fort Payne, where the many natural scenic wonders of the area are a great attraction, as well as the historical sites of the boom era.

For a more in-depth look at these eras that have shaped our town, please see the links to the left.